The Short Stories of F. Scott Fitzgerald: All of His Best in One Volume 800 pgs

The Short Stories of F. Scott Fitzgerald: All of His Best in One Volume 800 pgs added to cart. Only one available in stock 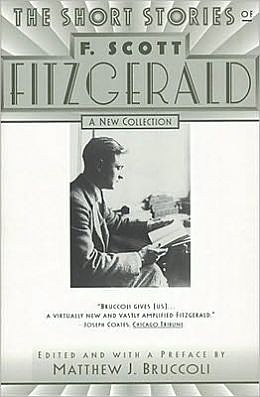 All of His Best in One Volume

The essence of literary genius distilled in one volume.

This book is the wellspring of Fitzgerald's literary genius. The first treat is Brucolli's informed selection of Scott's some 165 works and his brief, beautiful preface...followed by 43 perfectly crafted gems from the master: Francis Scott Key Fitzgerald. I read a clutch of Fitzgerald novels in my late teens. More than 20 years later, I started on this impeccable volume, which unfurled an additional world of wonders. Brucolli has gathered the best of Fitzgerald's short stories--in other words, the best of 20th century American short fiction--and provided brief, illuminating introductory passages for each journey into Scott's glorious prose.

Some stories are realistic, while others are full of phantasm. Some are cruel and unnerving, while others are sweet and whimsical. But all of them are informed by Scott's style: poetic, melancholy, vibrant, forlorn, youthful, aged, dated, and eternally modern. I literally fell in love with Fitzgerald over the course of this book. He may have been an alcoholic spendthrift in life. But, in the undying world of words, he was a man of almost painfully honed sensibilities. Prepare yourself for a slow read--because you'll want to reread each phrase, each sentence, each paragraph, and each story....over and over again.

This century has produced a pantheon of titanic American masters of short fiction: Hemingway, Faulkner, Steinbeck, O'Connor, Salinger, Capote. Yet, when the sun sets, Scott Fitzgerald, gone too soon at 44, towers above all.