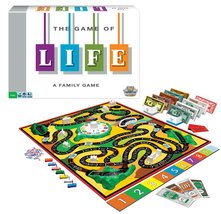 THE GAME OF LIFE BOARD GAME ORIGINAL FIRST EDITION 1960s VERSION BRAND NEW added to cart. Only one available in stock 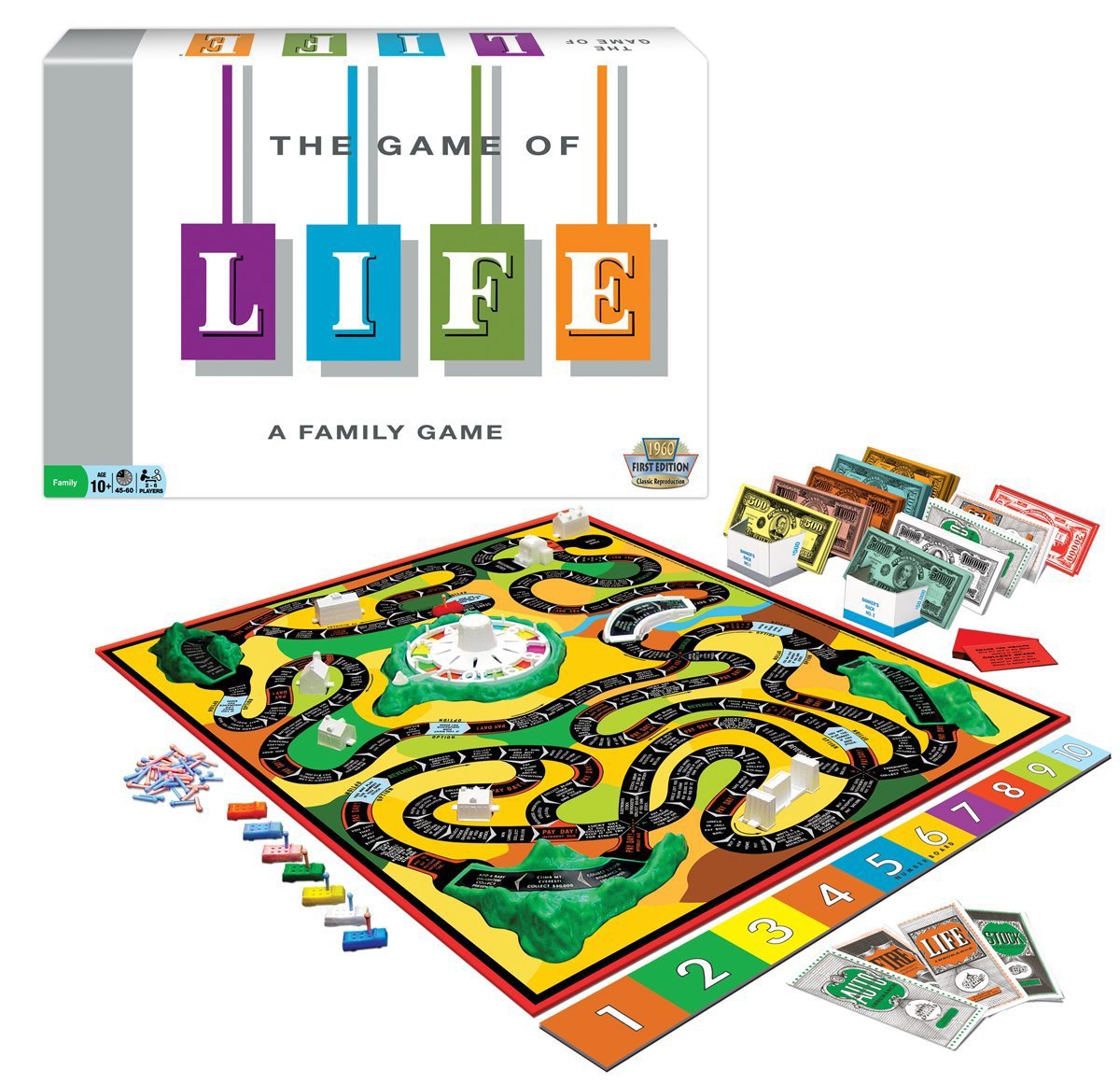 THE GAME OF LIFE

A CLASSIC FAMILY BOARD GAME

Have fun with your family while playing the Game of Life classic edition from Winning Moves. This family board game includes a board with plastic buildings and mountains, cards, 8 plastic cars, stock and insurance certificates, money pads, pink and blue people pegs, banker's tray, a number board. This classic board game is suitable for 2 to 6 players of ages 10 years and above.

Suggested Age: 10 Years and Up

Celebrate the 50th Anniversary of "The Game Of Life" with this wonderful classic edition. Everything you adored about the original 1960 game will be found inside. Good fortune is always around the corner. That's LIFE. Contains sturdy bi-fold game board with plastic buildings and mountains, money pad, cards, stock and insurance certificates, 8 plastic cars, pink and blue people-pegs, number board, bankers trays and rules. Two to six player game

Short review: Yes, this is the original version of Life that you are looking for. If you want the version that you had as a kid, this is it. Buy it.

Long review: I had The Game of Life when I was a kid (in the '70's). I don't know what eventually happened to it, but I do not have it anymore. I bought a new edition of the game a few years ago. It was NOT the same as the old version that I had as a kid. It was a BAD new version. There was too much chance involved, little interaction between players, and the details of what happened to you during the game had little effect on the outcome because there are these dopey little tiles that are worth a huge amount of money that dwarfs any money you might have made during the game. So, although the new version of the game might reflect real life in that what you do during your life has no effect on how it ends, it wasn't very fun.

This version that I'm reviewing now is the GREAT old version. You have to actually make decisions that have an effect on the outcome, although there is still quite a bit of chance involved. The box says it's for ages 10 and up, but my 7 and 9 year olds really enjoy it and they're learning a little about insurance, taxes, making money decisions, and, of course, revenge.