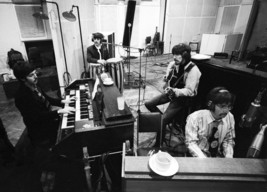 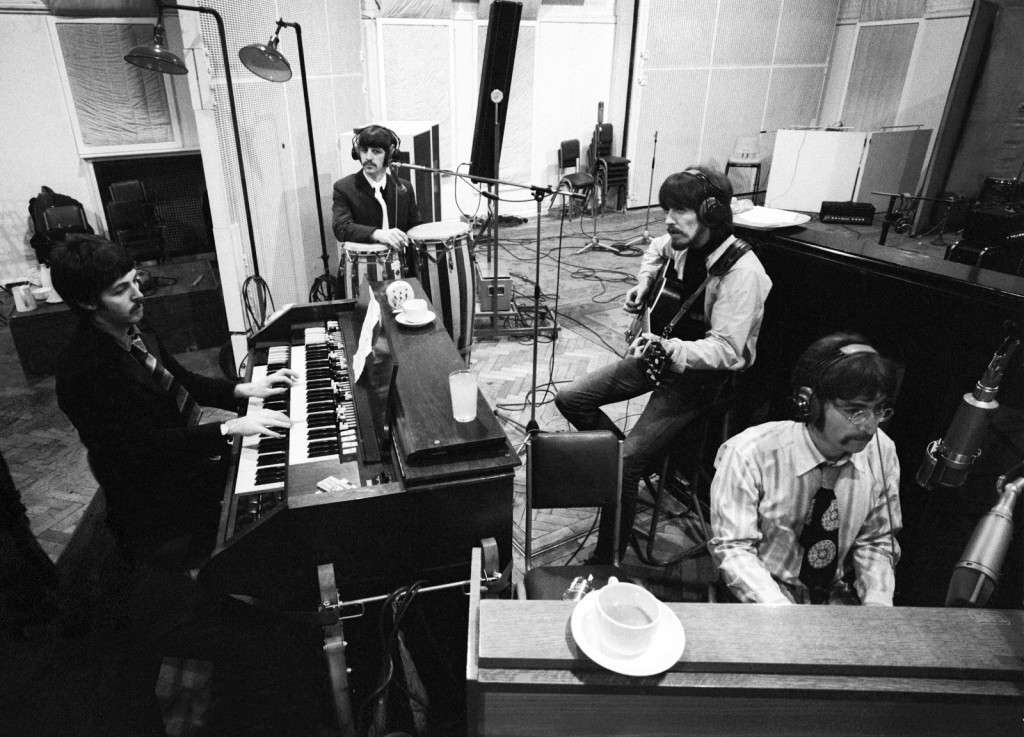 Poster is in brand new condition

Sessions began on 24 November 1966 in Studio Two at EMI Studios (subsequently Abbey Road Studios), marking the first time that the Beatles had come together since September. Afforded the luxury of a nearly limitless recording budget, and with no absolute deadline for completion, the band booked open-ended sessions that started at 7 pm and allowed them to work as late as they wanted. They began with "Strawberry Fields Forever", followed by two other songs that were thematically linked to their childhoods: "When I'm Sixty-Four", the first session for which took place on 6 December, and "Penny Lane". "Strawberry Fields Forever" made prominent use of Mellotron, a keyboard instrument on which the keys triggered tape-recordings of a variety of instruments, enabling its user to play keyboard parts using those voices.

"Strawberry Fields Forever" and "Penny Lane" were subsequently released as a double A-side in February 1967 after EMI and Epstein pressured Martin for a single. When it failed to reach number one in the UK, British press agencies speculated that the group's run of success might have ended, with headlines such as "Beatles Fail to Reach the Top", "First Time in Four Years" and "Has the Bubble Burst?" In keeping with the band's approach to their previously issued singles, the songs were then excluded from Sgt. Pepper. Martin later described the decision to drop these two songs as "the biggest mistake of my professional life". In his judgment, "Strawberry Fields Forever", which he and the band spent an unprecedented 55 hours of studio time recording, "set the agenda for the whole album". He explained: "It was going to be a record ... [with songs that] couldn't be performed live: they were designed to be studio productions and that was the difference." McCartney declared: "Now our performance is that record."

Sgt. Pepper's Lonely Hearts Club Band is the eighth studio album by the Beatles. Released on 26 May 1967 in the United Kingdom and June 2, 1967, in the United States, it spent 27 weeks at number one on the UK Albums Chart and 15 weeks at number one on the Billboard Top LPs chart in the US. It was lauded by critics for its innovations in production, songwriting and graphic design, for bridging a cultural divide between popular music and high art, and for reflecting the interests of contemporary youth and the counterculture. It won four Grammy Awards in 1968, including Album of the Year, the first rock LP to receive this honor.