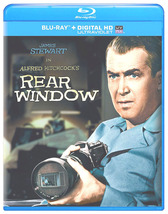 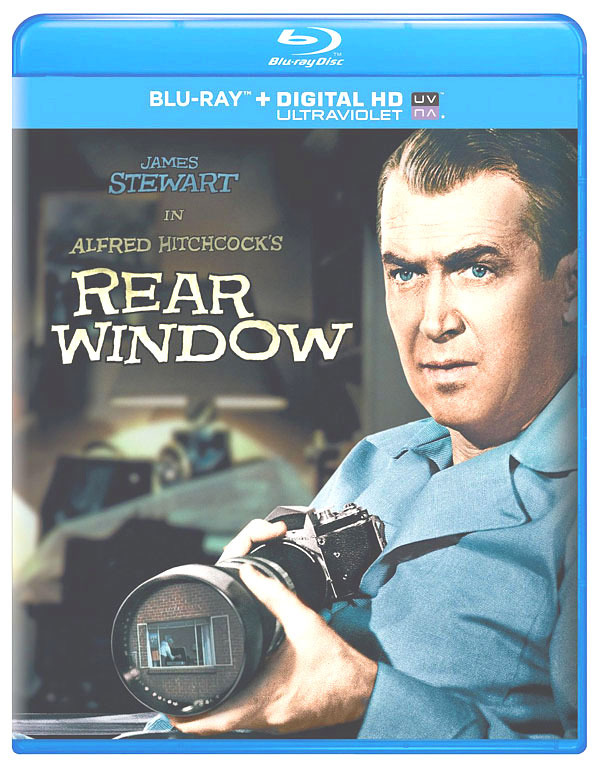 Rear Window might just be a perfect film. If not a perfect film, then perfect Hitchcock. It's impossible to draw a line between the mystery and the suspense, the story and the setting, or the performances and John Michael Hayes' dialogue. A melting pot of paranoia, isolation and the very real threat of murder most foul, it teases and toys, accelerates and tiptoes, delights and surprises, shocks and scares. It's Hitchcock at his peak. Hitchcock at his most playful. Hitchcock at his best.

Colors are typically satisfying and supported well, black levels are rich and inky , grain behaves as it should and clarity is excellent. Detail is the real draw to Rear Window's resurrection, with clean edges, surprisingly revealing textures and exterior shots that showcase every brick, flower, ladder rung, window sill and distant passerby. The restoration itself is impressive overall.

Universal's two-channel DTS-HD Master Audio Mono mix is fantastic, from the faint sounds of a fidgeting voyeur cloaked in darkness to the exterior comings and goings of Jeffries' neighbors to the hustle-n-bustle chorus of street noise in the distance. It's so involving that I longed to hear a carefully crafted 5.1 remix (so long as a presentation of the original mono audio was available too, of course). But no matter. Dialogue is crystal clear and lovingly grounded in the city, effects are clean and precise, and Franz Waxman's music and, more importantly, Hitchcock's score-like soundscape has been given full run of the place to engaging ends. None of it defies the tone and tenor of the film's mid-50s sound design either, making the resulting lossless audio as faithful as it is memorable. Purists will be most pleased, as will anyone and everyone who has affection for Rear Window.

Rear Window is a timeless piece of cinema that belongs in every filmfan's collection. Universal's Blu-ray edition features a solid restoration and video transfer, an excellent DTS-HD Master Audio Mono mix, and a generous selection of extras, among them an audio commentary, three documentaries and fifty-minutes of interviews with the director himself. It's perfect Hitchcock. Perhaps even the master filmmaker's best.