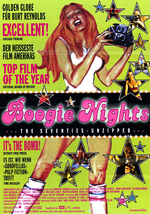 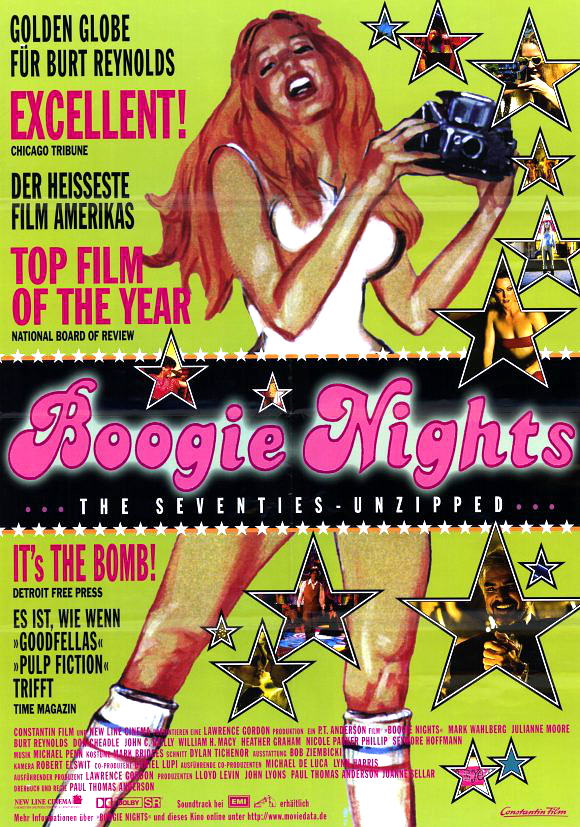 Boogie Nights is based off a mockumentary short film that Anderson made, while he was still in high school called The Dirk Diggler Story. He originally wanted the role of Eddie to be played by Leonardo DiCaprio, after seeing him in The Basketball Diaries. DiCaprio enjoyed the screenplay, but had to turn it down because he signed on to star in Titanic. DiCaprio recommended Mark Wahlberg for the role Joaquin Phoenix was also offered the role of Eddie, but turned it down due to concerns about playing a porn star. Phoenix would later collaborate with Anderson in the films, The Master and Inherent Vice.

Bill Murray, Harvey Keitel, Warren Beatty, Albert Brooks and Sydney Pollack declined or were passed up on the role of Jack Horner, which went to Burt Reynolds.

Star of Anderson's previous film Hard Eight, Samuel L. Jackson was initially offered the role of Buck Swope, but after reading the script, but turned it down because according to Anderson, "he didn't get it". The role was given to Don Cheadle.

Anderson initially did not consider Heather Graham for the role of Rollergirl, because he had never seen her do nudity in a film. Graham's agent called Anderson asking if she could read for the part, which she won. Drew Barrymore and Tatum O'Neal were also up for the role.