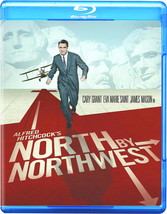 NORTH BY NORTHWEST BLU-RAY DVD CARY GRANT ALFRED HITCHCOCK 5.1 HD MUST OWN added to cart. Only one available in stock 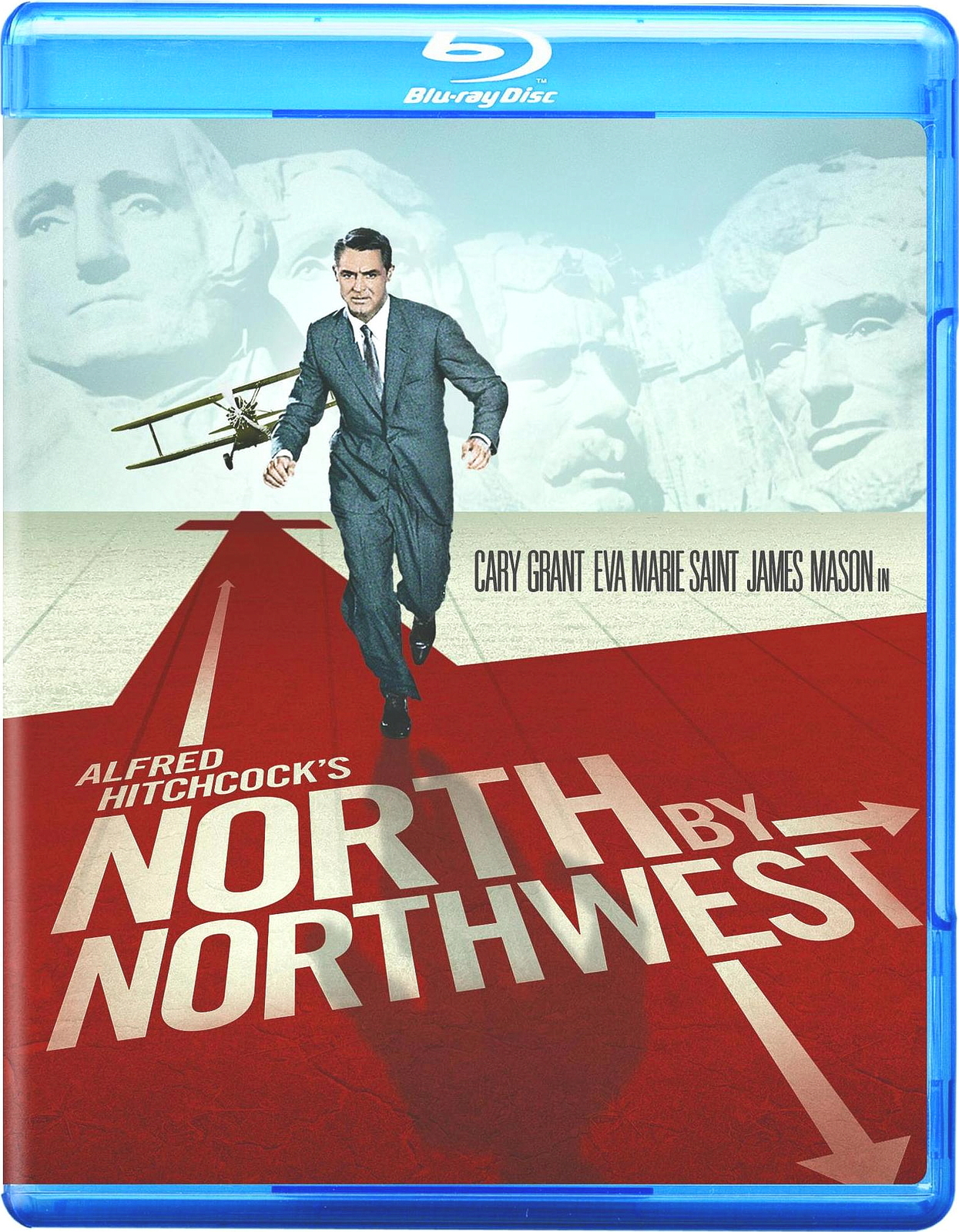 Color has received a slight boost in saturation from prior DVD releases, and the Technicolor hues are rich, stable, and—I'll say it—dreamy, presenting an ideal, Hollywood-ized vision of mid-century America. Black levels are spot on, contrast is pleasantly weighted, and shadow delineation is revealing. Cary Grant looks tan as always, but skin tones are warm and flattering throughout. Though the film isn't razor sharp by today's standards, overall clarity is greatly increased with this release, and for a 50-year-old film, there are several moments of stunning depth and presence. Just check out the crane shot of the empty expanse of highway as Thornhill's bus pulls up to a stop in the middle of nowhere. Or the shot of Grant crouching in the cornfield. Or the meeting between Thornhill and Eve in the pine woods. There were a few times when I rewatched sequences just to take in the beauty of the cinematography. Could the film look any better? Naysayers will always find faults, and it's hard to say what future technology holds, but at our present state it's difficult to imagine a more aptly realized version of North by Northwest.

The film's original monaural presentation has been expanded into a Dolby TrueHD 5.1 surround track here, and though purists may cry foul, few will have any complaints after hearing the subtle and impressive ways that the rear channels are implemented. Of course, the most striking aspect is how Bernard Hermmann's classic orchestral score has been bled into the surround speakers, creating a tense and immersive experience. Strings spiral dizzyingly up and down, timpani drums pound mercilessly, and flutes dart and weave with a clear and breathy timbre. Considering the age of the source material, the music is remarkably full, with deep, mellow bass and crystalline high-end clarity. The rear channels also broadcast some ambience from time to time—like the bustle of the New York City streets—but I was struck most by the bold, directionally accurate panning effects used during the iconic crop-duster chase scene. The plane makes several passes, from front to back and side to side, and each time the roar of the engine screeches convincingly through the channels. Dialogue is well-prioritized and easily discernable throughout.
Commentary by Screenwriter Ernest Lehman
Lehman offers up a quiet, subdued, but ultimately enlightening commentary that owners of the film's DVD release will immediately recognize. Aside from the occasionally lagging pace, this is a great track filled with stories about working with "Hitch" and making movies the old-school Hollywood way.

The Master's Touch: Hitchcock's Signature Style (SD, 57:32)
Like an introductory course on Hitchcock's directorial trademarks, this excellent documentary is broken into sections that cover the master's editing techniques, ideas about suspense, theory of the Macguffin, his use of music, and his love of glamour and Hollywood blonds. Several directors, including Martin Scorcese, William Friedkin, and Guillermo Del Toro dissect and pay tribute to Hitchcock's often-imitated style.

Destination Hitchcock: The Making of North by Northwest (SD, 39:27)
Eva Marie Saint hosts this retrospective look at the making of North by Northwest, guiding us through the shooting schedule with the help of screenwriter Ernest Lehman, actor Martin Landau, and Hitchcock's daughter Pat. There are a lot of great stories here, including the revelations that the entrance to the UN building was secretly—and illegally—filmed from a VistaVision camera hidden in a delivery truck and that Cary Grant, always the businessman, charged 15 cents for autographs.

Cary Grant: A Class Apart (SD, 1:27:12)
This PBS documentary gives a thorough and unflinching look at the inimitable British-born actor, covering his unhappy childhood in Bristol, his journey to America in 1920, his rise from vaudevillian to Hollywood leading man, and his often unhappy family life, marked by failed marriages and experimentation with LSD. Features interviews with ex-wives, friends, and colleagues, as well as footage from many of the actor's now-classic films.

Trailers (SD, 6:30 total)
Includes a TV spot, the A Guided Tour with Alfred Hitchcock promo, and the film's theatrical trailer.

the new TrueHD soundtrack means North by Northwest sounds bigger and more clear than ever. With a generous host of supplementary features and one of the best digibook packages to come down the Warner pipeline, I'm confident in giving North by Northwest my highest recommendation.