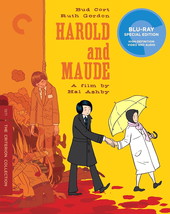 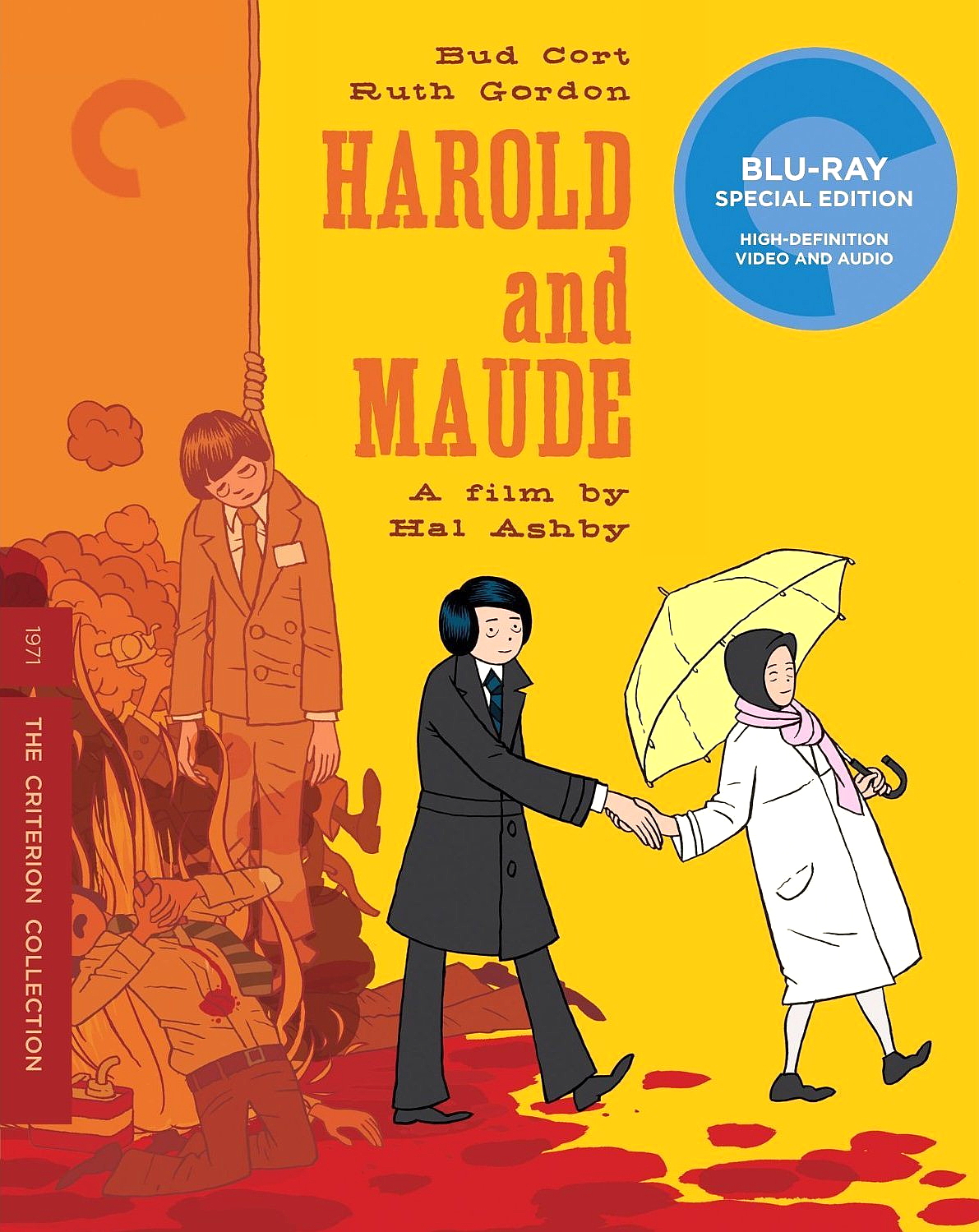 Harold is a death-obsessed teenager who hangs around in cemeteries and drives a hearse. When he attends a funeral and meets his polar opposite Maude, a life-loving 79-year-old, a strange love affair ensues. However, the offbeat nature of their pairing, and their defiance of social convention, causes upset all around.

The high-definition transfer has wonderful organic qualities. Detail and clarity are consistently pleasing, while contrast levels remain stable. Naturally, both the close-ups and panoramic scenes convey very good depth. The film's color scheme favors soft and earthy colors that look notably healthier than they do on the old R1 DVD release Paramount Pictures issued quite some time ago. When projected, the film looks tight and stable around the edges. All in all, Criterion's Blu-ray release represents a strong upgrade in terms of visual quality over the old R1 DVD release.

Hal Ashby's "Harold and Maude" (1971) arrives on Blu-ray courtesy of Criterion. The supplemental features on the disc include a collection of audio excerpts from a master seminar with director Hal Ashby; collection of audio excerpts from a master seminar with writer and producer Colin Higgins; exclusive new video interview with singer-songwriter Yusuf/Cat Stevens; and audio commentary with writer Nick Dawson and producer Charles B. Mulvehill. The disc also arrives with an illustrated booklet featuring an essay by film critic Matt Zoller Seitz; a 1971 New York Times profile of star Ruth Gordon; and two excerpted interviews, one from 1997 with star Bud Cort and cinematographer John Alonzo and one from 2001 with executive producer Mildred Lewis. In English, with optional English SDH subtitles for the main feature.

There are two audio tracks on this Blu-ray disc: English LPCM 1.0 and English LPCM 2.0 (Stereo). For the record, Criterion have provided optional English SDH subtitles for the main feature.

I had a difficult time choosing between the original Mono and Stereo tracks Criterion have included. I lean towards the Stereo track, but only because I really enjoyed listening to Cat Stevens' songs, and in particular "If You Want To Sing Out". In terms of dynamic progression, the two lossless tracks are quite similar, with the Stereo track possibly opening up the film in selected areas slightly better. The Mono track adds a stronger period feel to the film. The dialog is equally stable, clean, and easy to follow on both tracks. For the record, there are no distortions or audio dropouts to report in this review.

As expected, Criterion's presentation of the film is enormously satisfying. HIGHLY RECOMMENDED.