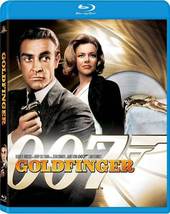 GOLDFINGER BLU-RAY DVD HD 5.1 SEAN CONNERY 007 BEST TRANSFER MUST OWN added to cart. Only one available in stock 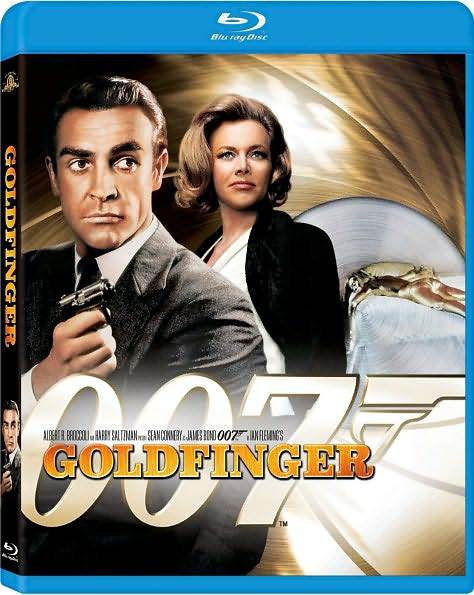 The James Bond series, and the titular character, had already been well established with audiences in Dr. No and From Russia with Love, by the time Goldfinger was released in 1963. Although the previous two films had been warmly greeted by film lovers, Goldfinger was a game-changer for the Bond franchise. The film was a sure-fire blockbuster that catapulted James Bond to a stratospheric level of success and acclaim, ensuring that more films would follow. Sean Connery was, perhaps, the greatest benefactor of the success of Goldfinger. He was suddenly an overnight superstar and was quickly elevated to the enviable position of being able to pick and choose his roles while naming his paycheck. Goldfinger remains, to this day, the perennial choice amongst critics and fans as the finest Bond adventure to ever grace the screen. Like a fine wine, the film gets better with age, showcasing the best that Bond can be. Goldfinger is an absolute film classic and is an essential piece to any serious Blu- ray collection.

Goldfinger pretty much has it all. Gadgets a plenty, Bond's original Aston Martin DB5, stunning Bond girls, the best Bond girl name in the history of the franchise, M, Q, impeccable Bond fashion, the wittiest of one-liners and an efficient and thoroughly enjoyable plot. The film is the prototype by which all subsequent Bond films would be judged. Some might argue that Goldfinger is the finest of the Bond films and I'd be hard pressed to disagree. It's simply so enjoyable and so full of all the things that make a great Bond film, that only the most fervent Bond detractors could fail to be swayed by its many charms. Goldfinger also represents Sean Connery at his peak in the role of James Bond. He had showed considerable progress in embodying the character in the previous two films; in Goldfinger, however, Connery, quite simply, is James Bond. Goldfinger is an absolute classic; a film that I'm thrilled to own on Blu-ray. Highly recommened.

Lowry Digital was charged with performing a full digital restoration on Goldfinger; the film had started showing its age after more than 40 years and was in serious need of some repair and clean up. Lowry responded to the task by delivering a pristine new master of Goldfinger that looks completely stunning on Blu-ray. The film's original theatrical aspect ratio of 1.67:1 has been preserved with this release, and has been delivered in 1080p utilizing the AVC Mpeg-4 compression scheme. It's fair to say, at this point, that many James Bond fans have probably never seen Goldfinger look anywhere near this perfect. This is a amazingly beautiful transfer.

MGM has avoided any and all digital artifacts with this release; banding, edge enhancement, noise and the over application of digital noise reduction are all conspicuously absent. Goldfinger features a warm, vintage color palette that perfectly accents the film's sixties setting. Color fidelity is exceptional throughout the film and remains stable from start to finish. Detail is also remarkably rendered; Bond's intricate Saville Row attire reveals fine fabric details and all the telltale hallmarks of his carefully hand-tailored wardrobe.

Ultimately, Goldfinger represents the finest of the vintage James Bond restorations and is a stellar example of what can be accomplished when older films are given the care and attention necessary to make the leap to high definition. Goldfinger is highly recommended.

Goldfinger was originally presented theatrically with a monaural soundtrack that has been faithfully reproduced on Blu-ray courtesy of a lossy Dolby Digital option. While there are certainly those who will revel in the nostalgia of this original track, most will be more inclined to sample the extensively remixed 5.1 DTS-HD Master Audio track that has been included with this Blu-ray edition. Those responsible for this mix should be commended; the track serves as a wonderful surround update that manages to increase the relative fidelity of the audio elements, while giving the film a much-needed aural boost.

It is a remarkable sonic achievement that manages to maintain the feel of the original mono track, while adding much needed bass and surround elements to the presentation. Goldfinger doesn't sound like a modern-day action film, by any means, but it does sound remarkably fresh and lively. Highly recommended!

As with all of the Bond releases, Goldfinger is jam-packed with a vast array of special features that are bound to keep every Bond fan enamored for hours. MGM has assembled two distinct commentary tracks that are worth a listen. I preferred the cast and crew track, despite the fact that excised material from unrelated interviews with the participants was used to create the track. All three featurettes go into great detail on the cult of Goldfinger and the massive surge of popularity the film has experienced over the past 40+ years. I was particularly taken by the "On Tour with the Aston Martin" short; it's a nice aside that delves into the history of the iconic car. The film's theatrical trailer, a slew of still photos, radio interviews and promotional pieces round out the set and add a great amount of vintage flair to the supplements. Goldfinger isn't the most feature- packed of the Bond discs thus released, though what has been included is of extremely high quality and replay value. Quality wins out over quantity with the Blu-ray release of Goldfinger.

The film introduced so many of the elements that have embodied the character over the years, that it serves as a primer for understanding James Bond, while being the perfect first Bond film for any prospective Bond fan. Goldfinger finds Sean Connery at his absolute best; he's charming, witty and utterly convincing as the globetrotting secret agent. MGM has given Goldfinger a fantastic restoration, courtesy of the fine folks at Lowry Digital, while audio has been beefed up and effectively remixed. The film's supplements offer solid entertainment and excellent behind- the-scenes details. Goldfinger is an essential Blu-ray for fans of the Bond franchise and the perfect film for those wishing to experience the intrigue and wit contained within the world of James Bond. A must own Blu-ray DVD.