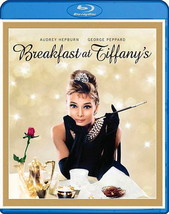 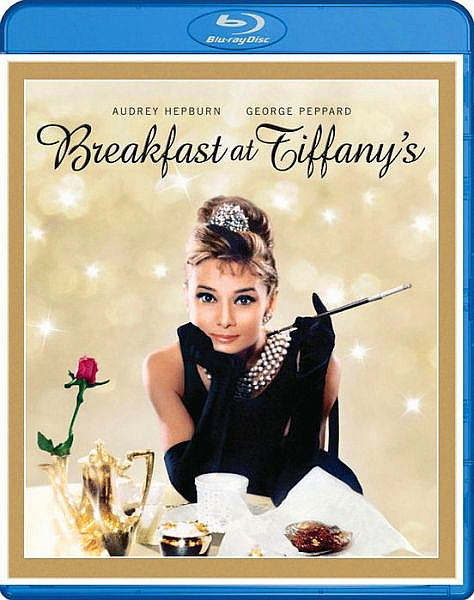 Holly Golightly remains one of storytelling's most complicated characters. A false identity, an unclear pedigree, a penchant for both solitude and the company of others, prone to great mood swings, happy to live meagerly but dreaming of and scheming for financial stability, yearning to shop at Tiffany's but content to merely browse the outer window, living alone but allowing herself to fall in love, and so gullible as to fall into terrible trouble with the law, Holly is maybe cinema's most complicated character, but never has there been such internal and external complexity played with such a simple and adorable charm as this. It's a once-in-a-generation type of character and a once-in-a-lifetime performance. Breakfast at Tiffany's is a movie made almost entirely on the strength of its lead and the greatness of the performance; the movie is structurally sound but sometimes slow and meandering, but what a wonderful film nevertheless thanks entirely to Hepburn's legendary performance.

Paramount's dedication to bringing its A-list classic titles to Blu-ray in most spectacular fashion continues with the release of Breakfast at Tiffany's. This 1080p, 1.78:1-framed transfer is a knockout from beginning to end. The opening titles are immaculately sharp and clear, and they give way to what is often a picture-perfect image that looks nearly brand new. Print damage is virtually nonexistent, a light grain structure remains, and the result is a crisp high quality cinematic texture that's nothing short of a revelation. Clarity is outstanding throughout  and fine detail is often striking. General details -- clothing, wear and tear around the apartment, the definition of almost each and every item in the novelty shop -- are most impressive and natural. Colors are very well balanced and often vibrant, from the brightest blues and reds to the least inconsequential accents. Blacks are impressive and yield wonderful shadow detail. There's a very good natural depth to the image as well. This is nothing short of a stunning restoration; Breakfast at Tiffany's is what Blu-ray is all about.

Breakfast at Tiffany's features a natural and highly satisfying DTS-HD MA 5.1 flawless soundtrack. Henry Mancini's music is the real highlight here; the opening instrumental score is a sonic revelation, playing with perfect balance and delivering every note with an authentic flavor that's like hearing it again for the first time. Spacing is excellent, the surrounds carry just the right amount of the load, and it's impossible not to smile with every note that flows into the listening area. Light city ambience is handled rather well; never do such effects overwhelm the listener, but they're nicely integrated, perhaps a touch light, but certainly not unnaturally overwhelming, reinforcing the stage play feel of many scenes. The extended party sequence in chapter four is the track's most energized stretch; the sound spreads around the stage wonderfully and naturally, maximizing the sense of reality and space, sonically transporting the listener into the fray. A few heavier effects balance things out -- notably a driving rainstorm at film's end. All in all, this is a high-quality listen given the aging elements. Rounded into form by centered and clear dialogue, Paramount has a winner on its hands with this flawless presentation of Breakfast at Tiffany's.

Breakfast at Tiffany's offers a nice variety of substantive high definition extras, including an audio commentary track, a piece focused on Henry Mancini's iconic score, and of course a history of New York's iconic store and the picture's namesake, Tiffany's.

Here's a good old fashioned romance that comes out of a story built around one of fiction's most enigmatic and complex characters. Of course, Audrey Hepburn's performance balances that complexity by exuding such a simplistic charm that conquers the character's naivete, insecurity, and ever-changing moods, dreams, and schemes. The universality of its basic message -- that love conquers all, even money, prestige, and past mistakes -- and the embracing of simplistically good virtues such as caring and understanding, combined with a wonderful sense of humor and one of the best performances ever committed to film, make Breakfast at Tiffany's an endearing classic that's easily one of Hollywood's finest Romances. Paramount's Blu-ray release of Breakfast at Tiffany's features stellar video, great audio, and a good assortment of extras. Highly recommended.